Variabels are recognized by name and type. It means You can have two variables with the same name but diffrent type.

Based on needs You need to choose what type of variable You need, for realy for example it should be boolean since relay has two states, for color RGB led You should choose  SmallInteger3  etc.

After variable change the belt are become green and slowly fadeout

Variables can be created manually – from variable tab, and by clicking new variable at right top corner:

and can be add automaticly after one of the device start observing, or set value of variable ( it happens when You add components into the webPage) 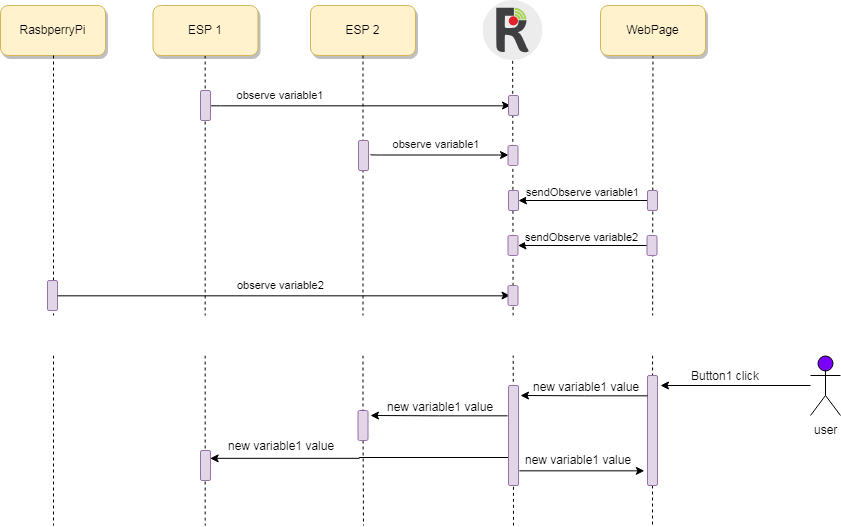